It’s safe to say, Kahlua is a staple in any bar, and many of us might not be sure how long it will last. If you love Kahlua and have had a bottle in the fridge for a while, chances are that you’re wondering whether Kahlua goes bad. So, does Kahlua go bad? Here is an article to let you know more about the shelf life of Kahlua in different scenarios. 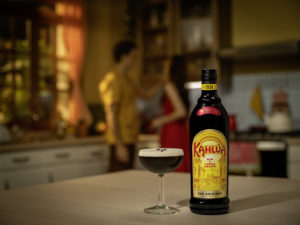 Does Kahlua need to be refrigerated?

Kahlua that has been opened does not need to be refrigerated. Kahlua should be stored in a cool, dark area away from direct sunlight and heat. If you want, you may keep Kahlua in the refrigerator, however, this will not significantly extend its shelf life.

Does Kahlua have caffeine?

Kahla has a caffeine content of roughly 100 parts per million (ppm), which translates to about 100ml per liter of product. There would be roughly 5 mg of caffeine in a regular 1.5 ounce Kahla drink. To put things in perspective, an 8-ounce cup of brewed coffee can contain up to 200 milligrams of caffeine.

Does Kahlua have alcohol?

Kahlua has a comparatively modest alcohol content of 20% ABV (alcohol by volume). When compared to whiskey, rum, vodka, and gin, it has a 40% ABV. Are there any alternatives? You may use any other coffee liqueur as a replacement; Tia Maria and Sheridan’s are the most common options.

Does Kahlua go bad in the fridge?

When stored properly, Kahlua, like other liquors, has a long shelf life. The Original Kahlua beverage has a four-year shelf life, and while it is still safe to consume beyond that period, the quality and flavor may have deteriorated. This is true whether the bottle has been opened or not.

Can old Kahlua make you sick?

While drinking old Kahlua is unlikely to get you sick, the flavor of the drink may be substantially affected if it is too old or hasn’t been properly preserved. Before tasting your Kahlua, give it a smell to see whether it’s still palatable. It’s recommended not to consume it if it smells bad.

Mudslide should be stored for no more than one year after manufacturing, according to Kahlua. Mudslide, unlike the original liqueur, can curdle or mold due to its dairy component. After the bottle has been opened, keep the cover closed as much as possible and keep any leftovers refrigerated.

Your homemade Kahlua will keep its flavor and power for three to four years if stored correctly. Kahlua that has gone bad will have an off-putting odor and a watered-down flavor.

We suggest a 4-year shelf life for Kahla Original. The product will last for many more years, but the coffee flavor will decrease with time, so you won’t get the full flavor experience.

A three-year-old Kahlua that has been open for two weeks would certainly taste better than a six-month-old Kahlua.

Kahlua’s flavored variations, including French Vanilla, Hazelnut, Mocha, Cinnamon, Peppermint Mocha, and Pumpkin, keep their quality for up to two years after they were made.